Not a tour, but a week spent up in the Shetland Isles between 27th September and 4th October. The weather was not great – gale force winds on several days, and lots of rain – but it was still possible to get out birding most of the time. It was an opportunity to go and check out some new sites, as well as catch up with some of the more unusual birds which were around while I was there. Here is a selection of photos from the week.

Breeding as close as Scandinavia but wintering in SE Asia, Rustic Bunting is a very rare visitor to Norfolk. They are much more regular in the Northern Isles, but even so there was a bit of a deluge over the last week. I managed to catch up with two. The first Rustic Bunting on the Mainland was found up at Melby, Sandness. I saw it on several occasions but it was always quite flighty, when I was there.

Rustic Bunting – seen around the wet fields at Melby, Sandness

The second Rustic Bunting I saw was at Lower Voe, which I stopped off to see on my way back from Esha Ness on my last morning. It was initially rather elusive, moving round between gardens and the beach, but eventually settled down to feed along the side of the road where it showed very well.

Rustic Bunting – my second of the week, at Lower Voe

The other rarity highlight was the arrival of several Parrot Crossbills towards the end of the week. This is an irruptive species, moving out of Northern Europe in search of pine cones. We were fortunate to have a very obliging group in North Norfolk not so long ago, over the winter of 2013/14. But it was still nice to catch up with some more Parrot Crossbills this time – I saw at least 6, in the spruce plantations at Sand, making very light work of any spruce cones they could find. 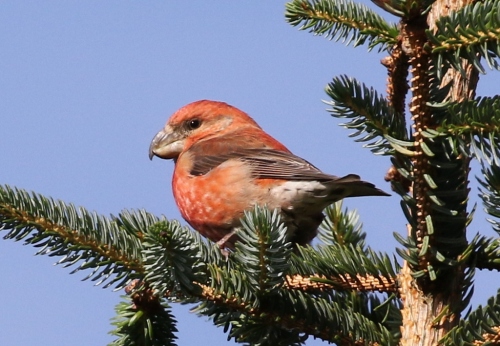 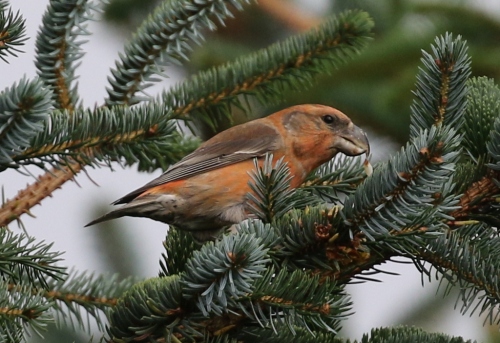 Esha Ness is a stunning location and well worth the visit anyway, but I did eventually manage to locate the juvenile American Golden Plover which was hanging out with the flock of Eurasian Golden Plovers. It was generally rather distant though, hunkered down at first against the gale-force winds, before flying off into one of the fields to feed. 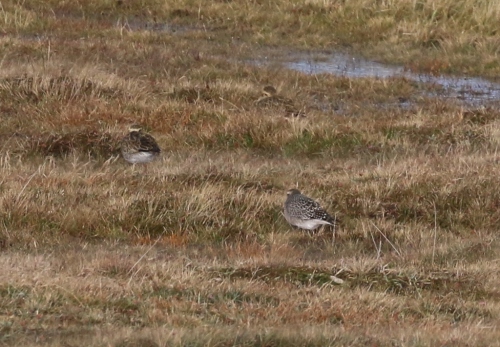 American Golden Plover – hunkered down in the wind

The juvenile Little Stint was much more obliging, landing in the road right in front of the car, before running over to feed around the shallow pools in the grass nearby. A Curlew Sandpiper feeding in the grassy fields with the Golden Plovers looked rather out of place. 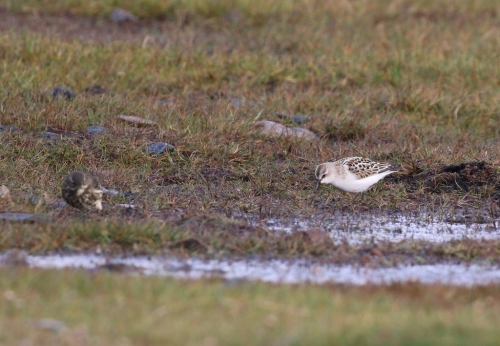 There were lots of scarcities too – a good arrival of Little Buntings, seen at several sites…. 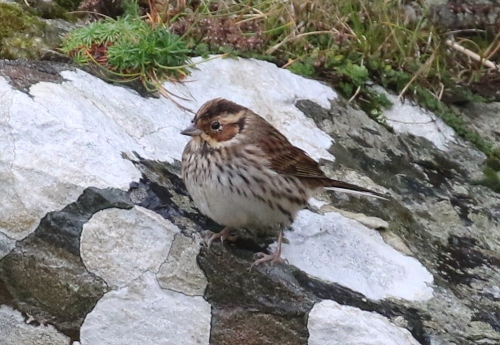 …and numerous Red-breasted Flycatchers too.

Red-breasted Flycatcher – one of many, this one also in a quarry at Sumburgh

Yellow-browed Warblers, perhaps not surprisingly these days, were numerous.

Yellow-browed Warbler – several were seen most days, this one at Quendale

There was only one Red-backed Shrike around during the week, a juvenile for a couple of days at Fladdabister. It was often to be found hunting in a couple of small gardens, right outside the front windows of the houses!

Red-backed Shrike – this juvenile was at Fladdabister

I also saw two Great Grey Shrikes during the week, one by the beach at Grutness and the other at Dale of Walls. 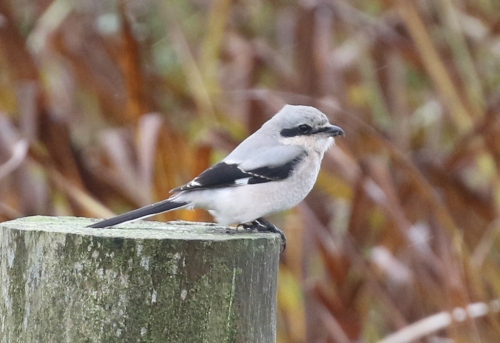 There were good numbers of commoner migrants passing through, especially earlier in the week. Redstarts were regularly seen, sometimes in slightly incongruous places.

There were several Spotted Flycatchers around too, but I only saw one Pied Flycatcher during the week, in one of the plantations at Kergord. It can’t have been easy for them to find food, in the wind and the rain. 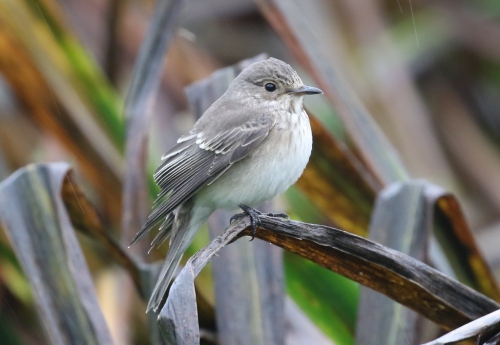 Spotted Flycatcher – trying to find a sheltered spot to feed

Bramblings and thrushes, particularly Song Thrush and Redwing, were arriving too. I was slightly disappointed to only see a handful of Mealy Redpoll, as I left too early for the arrival of the Arctic Redpolls just after I departed.

Brambling – birds were arriving during the week

It was also nice to catch up with some of the commoner birds. The Wrens on Shetland are a separate subspecies, zetlandicus, darker with longer bill and legs compared to the ones at home.

Rock Doves are common around the crofts and fields. It many parts of the UK, they have interbred with Feral Pigeons, but the ones here still look pretty pure.

Rock Dove – seen around the crofts and fields 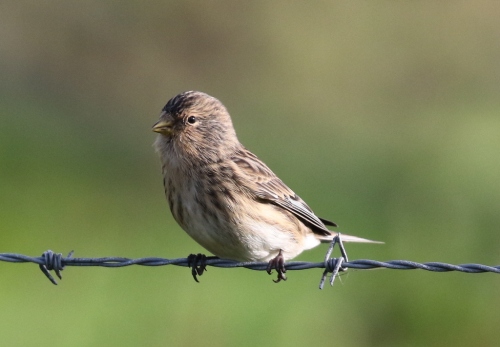 Twite – small groups were seen on most days

Most of the seabirds which breed here over the summer months have now departed, but there were still plenty of Black Guillemots around the coast. This one was particularly obliging, catching crabs just off the beach at Melby.

Black Guillemot – several were seen around the coast

It was a very enjoyable week up in Shetland and I will definitely be going back again next year!

Posted in Other UK