It may seem like summer to us, at least when it’s not cold and raining, but to many birds autumn is here already. Waders in particular start to head south again early – the arctic breeding season is very short. Large numbers are gathering along the coast now. This is one of the best times of year to go up to the Wash to watch the waders gathering at high tide.

The Wader Spectacular is well-named. It is a sight to behold to watch tens of thousands of waders peeling off from the rapidly disappearing mud as the tide comes in, flying overhead to roost on the old gravel pits at Snettisham. Knot, Bar-tailed and Black-tailed Godwit, Turnstone, Sanderling and Dunlin, plus Redshanks and Oystercatchers. Smaller numbers of Spotted Redshanks, Greenshanks and sandpipers join them. There, they huddle together in massed ranks to sleep off the high tide. About an hour after high water, they start to get restless and eventually head back to the mud again as it reappears.

Today was a big tide, so a good day to go and watch the waders. At a rough estimate, there were well over 20,000 birds, probably more – an amazing sight. A few photos from today’s spectacle are below. There are more dates over the next month or so where the conditions are suitable. If you are interested in joining us, please get in touch. 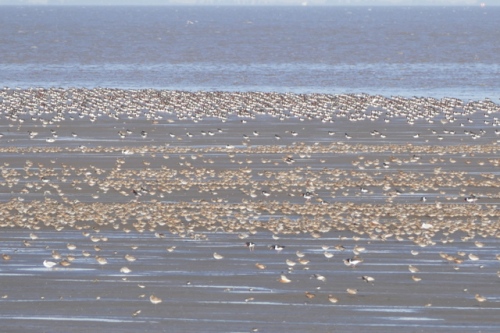 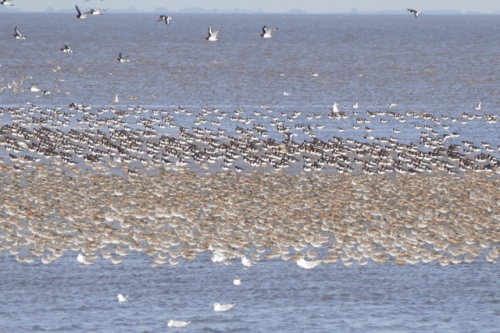 The mud gradually disappears under the rising water 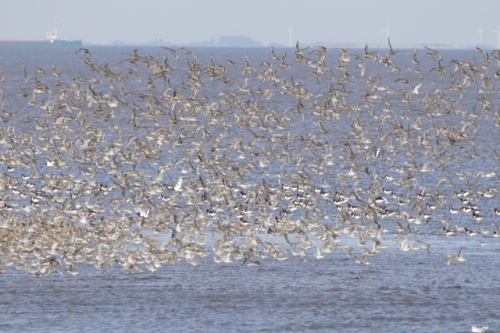 The waders start to take flight, heading for the pits 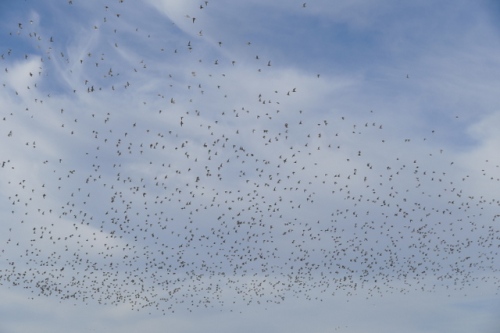 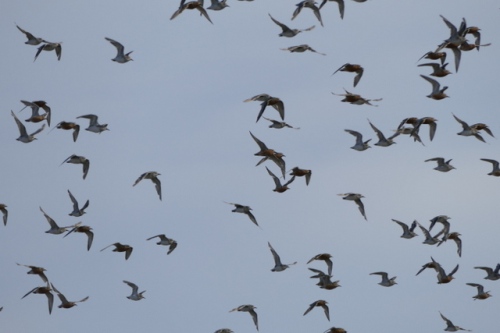 The waders huddle together on the old gravel pits, these are mainly Dunlin…

…and these are mainly Knot, many still in summer plumage 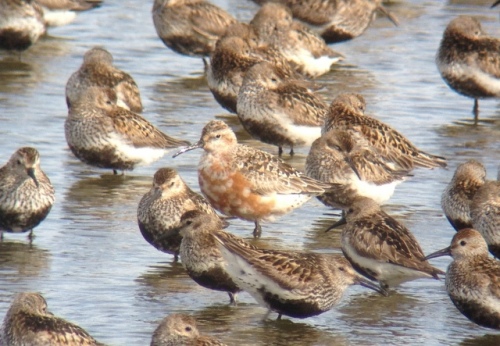 Then, finally, they start to make their way back to the mud as the tide recedes 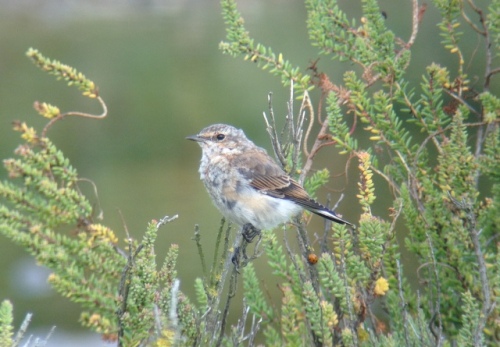 A juvenile Wheatear today was unexpected – where did it come from?