Day tour in the Brecks today. We started at Weeting Heath, and the resident (for the summer) Spotted Flycatcher was hawking for insects amongst the pine trees, regularly returning to its favourite branch for us to study closely. Out on the heath itself, a pair of Stone Curlews had two small, week-old chicks. We spent some time watching them following their parents, being fed and crouching down in the grass as a Kestrel flew past.

From there, we moved on to Lakenheath Fen. The view from the first viewpoint at New Fen was magical – a Kingfisher perched up in the reeds, a Hobby shot low across the pool right in front of us and caught a dragonfly, eating it on the wing, and we watched a pair of Marsh Harriers making a food pass over the reeds, the male flying in with prey in its talons, circling over the female and dropping it for her to catch.

Walking on across the reserve, lots of Cuckoos were calling and Reed Warblers were singing. Suddenly a Bittern flew up across a small pool next to the track and landed in the reeds at the back, perched up for a second before it dropped further in. Up on the river bank, we eventually relocated one of the pairs of Common Cranes in a damp meadow across the river – they seemed to be feeding quite happily until a Lapwing decided to start mobbing them, swooping repeatedly until they moved away.  We thought that we had done well, but as we started to walk back, another Bittern suddenly appeared flying over the path directly towards us. Just before it reached us, it turned and flew across in front us, over towards the river bank before turning again and flying behind the trees – such a great, long flight view and so close.

Insects were also well represented. The highlight was the enormous number of Small Tortoiseshells – the thistle heads along the path and more particularly along the riverbank were covered in hundreds of butterflies. We also saw several Large Skippers and dragonflies including Hairy Dragonfly, Black-tailed Skimmer, Four-spotted Chaser and the first Brown Hawker of the year.

After a late lunch, we headed back to the forest. Strolling down a ride, we could hear a Woodlark singing. As we got closer, it flew up from the edge of the track and landed on a small ploughed area, where we were able to get the scope on it and enjoy great views. Finally we popped in to Lynford Arboretum – unfortunately, we didn’t have much time to explore it properly, but still we saw a variety of birds amongst the trees. A lovely way to end the day. 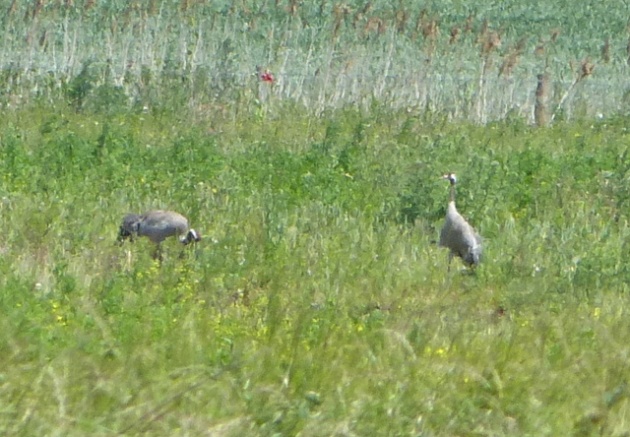 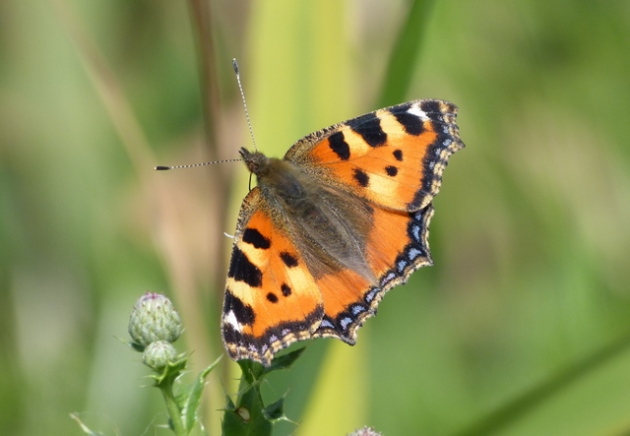